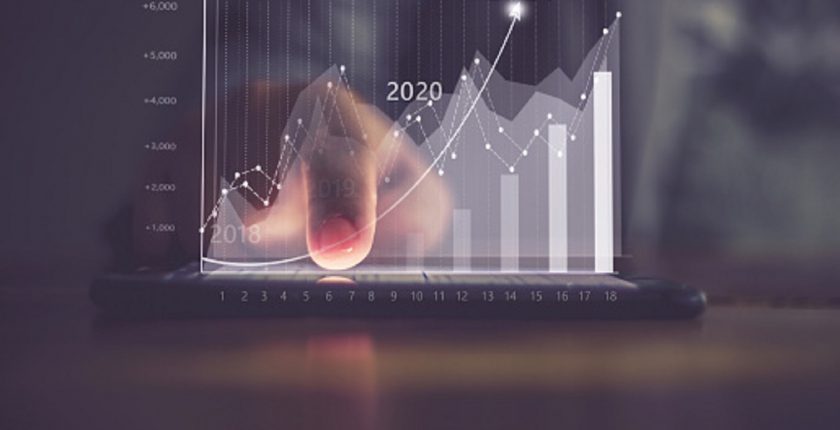 Can factors that lead to the development of a nation be in separate boxes, each unaffected by the other? Or are these factors intertwined in such a way that failure in one area can create collateral damage in other areas? This logical inference is essential if we are to appreciate the fact that the insecurity of a nation, for instance, can have a collateral impact on every other development index.

Security, in my opinion, is an essential prerequisite for true and lasting economic growth to take place. Therefore, the economic security of Nigeria is intricately linked to its national security. The epidemic proportion of criminality and violence in the country has ramifications for the economy and I would like to consider some of the salient consequences.

1) Disruption of Economic Activities: With pervasive insecurity comes internal displacement of people and the crippling of economic activities in the worst-affected areas. We have witnessed the virtual death of economic activities in the north-eastern states of Nigeria over the last decade due to the violent Boko Haram insurgency. We have also seen how agricultural produce in Benue and a number of other north-central states of Nigeria have been badly affected by the herdsmen-farmers clashes.

Insecurity in these states has also created internal refugees within the country. As a result, people in the refugee camps are not able to contribute to economic activities.

2) Decimation of Consumer Confidence: Protracted insecurity, as it has been the case in recent years in Nigeria, can depress consumer confidence, which in turn reduces consumer spending. Not only does insecurity affect individual spending; it also affects businesses who, due to the uncertainty insecurity creates, put off investment decisions. This certainly affects economic output and could be a major factor in the slow-growth environment in Nigeria.

3) Decrease in Foreign Direct Investment (FDI): The amplification of news coverage on insecurity in a nation can make things look worse to outsiders than they really are. This can reduce the confidence of foreign investors in such a nation that has massive security challenges. Investor confidence can worsen, particularly where there is a weak and ineffective government response to the security challenges.

According to the United Nations Conference on Trade and Development (UNCTAD), FDI flows to Nigeria averaged $5.3 billion annually from 2005-2007. However, UNCTAD data shows FDI to Nigeria averaged $3.3 billion from 2015-2019, a period that has been marked by heightened and widespread insecurity in the country.

Insecurity is one of the major reasons for Nigeria’s unattractiveness for inward foreign investment in the last five years, amongst other factors such as policy dysfunctions, including multiple exchange rates of the Central Bank of Nigeria. Poor transport infrastructure, unreliable grid-electricity supply (which exacerbates high operating costs), inefficient judicial system, and unreliable alternative dispute resolution mechanisms are some of the other factors accounting for the decline in FDI flows into the country.

According to UNCTAD, the 71 percent surge in FDI last year was due to “resource seeking inflows in the oil and gas sector.” With the drastic reduction in the spate of attacks against oil installations in the Niger Delta region of the country, it is unsurprising that the oil and gas sector buoyed FDI inflows, while general insecurity in the country continued to dampen investment.

4) Disproportionate Defence Spending Vis-à-vis Other Economic Sectors: In responding to the increasing insecurity in Nigeria, the government has been allocating hundreds of billions of naira to defense and security-related expenditure. These are large sums of money that should have been going elsewhere in the economy, especially in the education and health sectors.

The domestic economic impact of this exorbitant defense expenditure is further devalued as long as it is mostly foreign procurement-based. This is not helpful to the growth of the economy.

5) The Struggle for Personal Survival Undermines Innovation: Nigerians are creative people. Nigerians in the diaspora are among the leaders in innovation and change in many sectors. But back home, survival has become the overriding consideration for many people. Heightened insecurity has made a lot of people become more risk-averse in terms of the places they go to and the people they interact with. Traveling from one city to another in Nigeria has become a game of chance and death-dodging for many people.

Under such an atmosphere; creativity is diminished and innovation takes a back seat. Whereas, innovation is a vital engine needed to drive change and growth in Nigeria and Africa as a whole. Security is what can give citizens the space to reflect and be creative and innovative.

6) Increase in Brain Drain: Nigeria is losing its best brains on a daily basis through mass emigration to Western countries. Canada seems to be the country of preference for most Nigerians at the moment, due to its open-door policy for qualified migrants.

A recent poll conducted by NOI Polls found that: “Almost 9 in 10 respondents (88%) disclosed they are seeking work opportunities abroad.” It also found that: “83% of doctors who filled the survey and are based abroad are licensed in Nigeria, indicating that they had completed their medical education in Nigeria before departing beyond the shores of Nigeria.”

The search for a better quality of life is the main reason for the mass emigration of Nigerian doctors and other professionals. The prospect for the good life is being jeopardized in the country by insecurity and by its negative impact on economic opportunities.

7) Perverse Incentives: There are lots of people in high places that financially benefit from the insecurity. For such people, it becomes their goal to maintain the status quo rather than encourage an improvement. There is now a massive industry around insecurity in Nigeria and it is not in the interest of those benefiting from it to support efforts to provide more security.

As an exemplification, hostage negotiation is a new and booming career for some Nigerians. When a member of a family is kidnapped, the security agencies put the family in contact with hostage negotiators who are paid not only to negotiate down the massive ransom demanded by the hostage-takers but also to help deliver the ransom.

Many people in our official security agencies also corruptly enrich themselves through security-related procurements. Although all these powerful people are few in number, they are influential enough to perpetuate insecurity as that is more profitable for them than tranquillity.

8) Decline in Productivity: Continued insecurity and the government’s inability to bring an end to it can lead to a feeling of helplessness and hopelessness, especially in the areas that are vulnerable and amongst victims and their families. This state of agitation can affect productivity. For instance, with rampant kidnappings on major highways in some parts of the country, many roads have become no-go areas. Inability to travel freely on its own can reduce the productivity of those affected.

The vicious circle of insecurity in Nigeria has diminished public confidence in the government. This feeds the helplessness even further. And as people are afraid to move around freely in the country, many opportunities in business are being lost.

9) Possible National Isolation: Tourists do not visit unsafe places. Insecurity in Nigeria has led to many countries advising their citizens not to travel to many parts of Nigeria. The British Foreign and Commonwealth Office (FCO), for instance, advises British nationals against traveling to sixteen states of Nigeria. Extreme caution is also advised when traveling in the rest of the country. With such dire warning, fewer foreigners will make Nigeria a destination of choice.

The moment a national government advises citizens against travel to another country, or parts of it; all travel and other insurance cover automatically become invalid for those who go against the travel advice. Only specialist insurance will be available at a very high cost if you travel to such places against the travel advice. Hence, continued insecurity can lead to an isolation of the country by default.

From the foregoing, it is clear that any effort to grow the Nigerian economy by the Buhari administration would most likely fail if insecurity is not dealt with. Insecurity is no longer just a problem that affects our security sector; the entire economy is at stake if something is not done to fix this menace. As we adapt to the challenges of a changing world and reposition our economy for growth and increased employment, security must be sorted as a matter of economic priority.

A strong and stable economy fosters long-term national security, whereas insecurity is a hindrance to long-term economic prosperity. Therefore, efforts should not be spared in bringing under control the spate of general insecurity that currently afflicts most parts of the country.

WHO IS A SECURITY COORDINATOR?
blog , News , news ,

WHO IS A SECURITY COORDINATOR?
blog , News , news ,